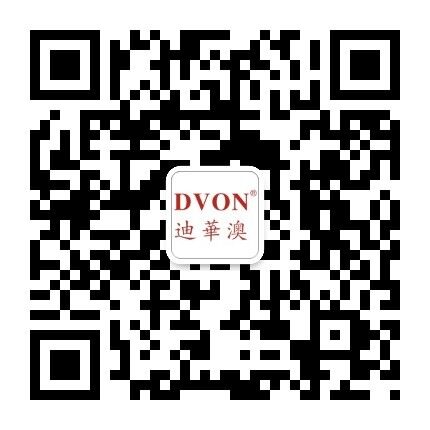 Pay attention to us

Page view
First, squelch
The receiver of the audio accessory wireless microphone will automatically cut off the output signal when it does not receive the signal or the signal is weak. This function is called squelch. If there is no squelch function, or the squelch function is poor, noise will be emitted from the speaker speaker. Noise can affect the sound quality, destroy the atmosphere and even damage the sound reinforcement equipment.
Second, the dead point
Also known as the dead zone. Audio accessories Wireless microphones During the movement, the signals received by the receiver will change strongly depending on the distance, relative position or obstacle blocking. At some locations within the normal range of use, a weak signal will cause the squelch circuit in the receiver to actuate and cut off the output signal; and after leaving the position, it will be able to receive and output normally. This location is called a dead or dead zone.
Third, diversity reception
The audio accessory wireless microphone receiver can receive the signals of the same wireless microphone from two antennas, and select a stronger one signal through the internal circuit. This method can greatly eliminate the receiving dead zone, avoiding dumb sound or generating dead point noise. There are two other ways to receive diversity: antenna diversity and mid-range diversity.
In the antenna diversity mode, there are two receiving antennas, a set of control circuits and a set of receiving circuits. When the receiving signal is weak during operation, the control circuit automatically switches to use another antenna.
In the middle-distribution diversity mode, in addition to two antennas and one control circuit, there are two complete receiving circuits, which work at the same time, and are switched by the control circuit to output a better audio signal. In this way, since the strong signal is tracked at any time, the effect is better than the former method, but the circuit is complicated and the cost is high. This type of diversity is often referred to as double tuning, true diversity, and the like.
Four, multiple channels
The general audio accessories wireless microphone, its carrier frequency is fixed, the user can not be changed during use. Since the wireless microphone transmits sound signals through radio waves, when there is an external signal in the working environment that is the same as or close to the carrier frequency, interference occurs, the receiving distance of the receiver is reduced, the output noise is not even received. The signal of the microphone.
Five, signal to noise ratio
Refers to the ratio of the original audio signal to the noise signal in the output signal when the receiver receives a signal of a specified intensity (typically 60dBμV), expressed in decibels (dB). The larger the value, the cleaner the signal and the better the machine performance.
Sixth, receiving sensitivity
In a radio or walkie-talkie, the receiving sensitivity is the size of the minimum RF signal that needs to be input when the receiver outputs a signal with a specified signal-to-noise ratio. The smaller the value, the higher the receiver sensitivity of the receiver. In the wireless microphone, it should be expressed as the value of the input RF signal when the receiver is critically muted, because when the input signal is lower than the squelch point, the receiver is in the squelch state, and the signal is not output.
Seven, RF output power
Audio accessories The size of the energy transmitted by the wireless microphone transmitter to the space, usually expressed in milliwatts (mW), typically between 5 and 50 mW.
Eight, effective working distance
The maximum distance that the audio accessory wireless microphone can transmit signals normally. Most of the parameters indicated on the general product are indicated under open or ideal conditions. Because the actual transmission distance of the wireless microphone is affected by the actual environment, it cannot be accurately marked. Only indicators in open or ideal conditions can be referenced and can be compared to each other.
In fact, to measure the transmission capacity of the wireless microphone, it depends on the transmission power and the receiving sensitivity at the critical squelch. After the two indicators are converted into the same unit, the larger the difference, the farther the effective working distance in the same environment. Combined with whether the receiver is diversity or not, it is possible to explicitly estimate and compare the effective transmission distances of different products. In general, the diversity receiver has a larger effective distance than the non-diversity receiver, and the mid-band diversity receiver is larger than the antenna diversity receiver.
Previous article:
KTV microphone manufacturers analyze which conference microphones are easy to use from the user's point of view!
Indoor venue KTV microphone signal reception is not good
Next article: